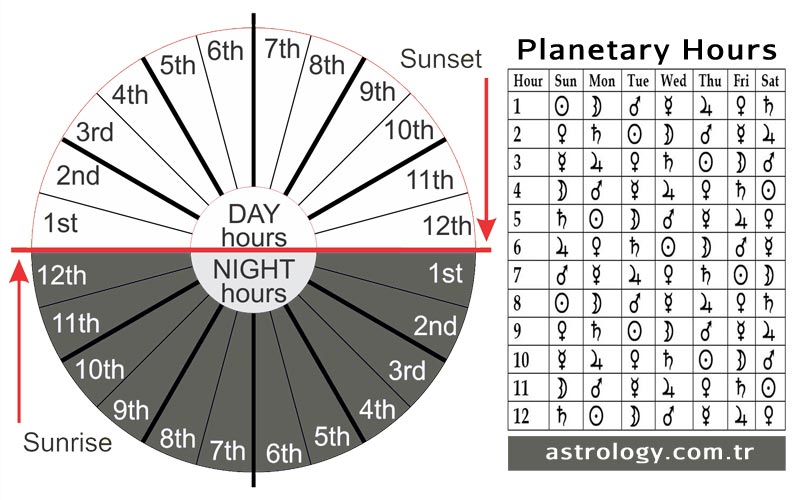 The planetary hours are based on an ancient astrological system, the Chaldean order of the planets. This is the sequence: Saturn, Jupiter, Mars, Sun, Venus, Mercury, Moon, then repeating endlessly Saturn, Jupiter, etc.

Each planetary hour is associated with a planet. These can be used to fine-tune a magickal working. This is one step up from performing magick on the day ruled by the planet best suited for the goal. This will give you a specific hour to work the magick.

So say you're planning to do a money spell. Money and prosperity is ruled by Jupiter, so you'd want to do it on a Thursday. But to make the spell more precise and give it more "weight", you can calculate the planetary hours for the upcoming Thursday. Four planetary hours are ruled by Jupiter (two of day, two of night), so once the exact times are figured out, you have your pick of those hours in which to perform that money spell.

Planetary hours are also good for when you can't wait till the appropriate day. If you needed that money, like, yesterday, and today is Saturday, do the spell today but aid it along by doing it during one of the Jupiter hours.

These can also aid you when other things may be working "against" you, or if you're sick but still have to work some magick anyway.